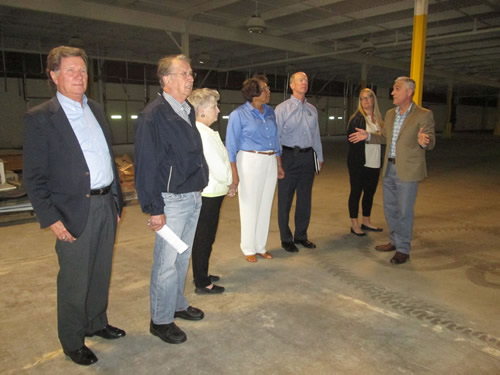 Halifax County Industrial Development Authority Board of Directors on Friday awarded a $101,475 contract for the design, bid and construction associated with the new Center for Coating Application, Research and Education (C-CARE) formulation lab.

The Southside Economic Development Commission arm of the Virginia Tobacco Commission earlier this month gave a thumbs up to a $600,000 grant that will fund half the cost of the new formulation lab.

According to IDA Executive Director Matt Leonard, the full commission is expected to finalize actions on the grant funding at its Tuesday meeting.

The IDA also approved bond refinancing of existing debt and agreed to enter into a bond purchase agreement with Carter Bank and Trust to advance $616,721.94 in additional funds to pay for the C-CARE formulation lab outfits.

In other business Friday morning, IDA directors were updated on procurement of a custodial services contract that Leonard said may be acted on at the June meeting with the contract going into effect in July.

Finance Committee Chairperson Mattie Cowan reported on the IDA’s financials saying, “So far we are in really good shape and should end the year coming in under budget.”

A current draft of the proposed 2017 budget is ready for board review, and directors are expected to approve it at their June 17 meeting.

Leonard told board members he has been in discussions with Acadia Healthcare, Inc., purchaser of the former Carlbrook School property.

Carlbrook was headed for an absolute auction of the 191-acre campus, as well as all of its personal property, with Woltz and Associates hired to conduct the sale of the property. Woltz brokered the transaction of the sale. 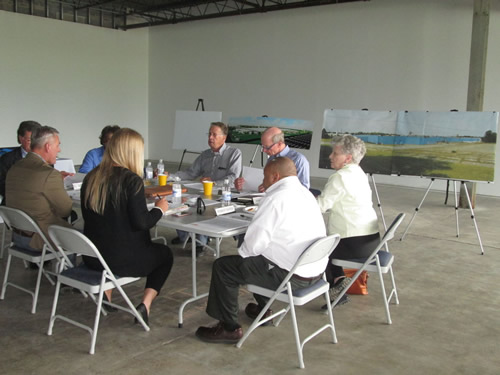 Leonard said he worked closely with Woltz and Associates of Roanoke, adding, “We appreciate Acadia’s interest in investing in the Carlbrook project, as well as Woltz’s work in connecting them to the Carlbrook property.  We look forward to continuing to develop the project with them to everyone’s benefit.

“We continue to be in discussions with Acadia to help them get the most out of that property,” he added.

In other business Friday morning, the following actions were taken:

The Monday night meeting of the Halifax County School Board meeting was a moment to celebrate student accomplishments.

From Team 977 Cometbots to the Halifax County High School Culinary Arts team that has qualified for national competition in Anaheim, Calif., students were in the limelight during an otherwise uneventful session for trustees in Halifax.

Also receiving plaudits and recognition were HCHS’s award-winning FFA chapter, and junior Jared Dawson of Nathalie, who recently earned a career certification in mechatronics at the Southern Virginia Higher Education Center and his degree at Southside Virginia Community College, where he took part in commencement this weekend.

Superintendent of Schools Mark Lineburg began the recognitions with a word of praise for the HCHS Leadership Program, under the guidance of Melanie Saunders. Lineburg noted that the juniors and seniors in the Leadership Program have begun taking an active role in school and community affairs, with students speaking before the Virginia General Assembly to help win passage of House Bill 1634, allowing Halifax County to hold a sales tax referendum.

“That class is really starting to turn into one of the most dynamic I’ve seen. It is starting to shape our county,” said Lineburg.

Pronouncing Halifax’s students as good as any school division’s anywhere, Lineburg turned over the floor to students and their advisors.