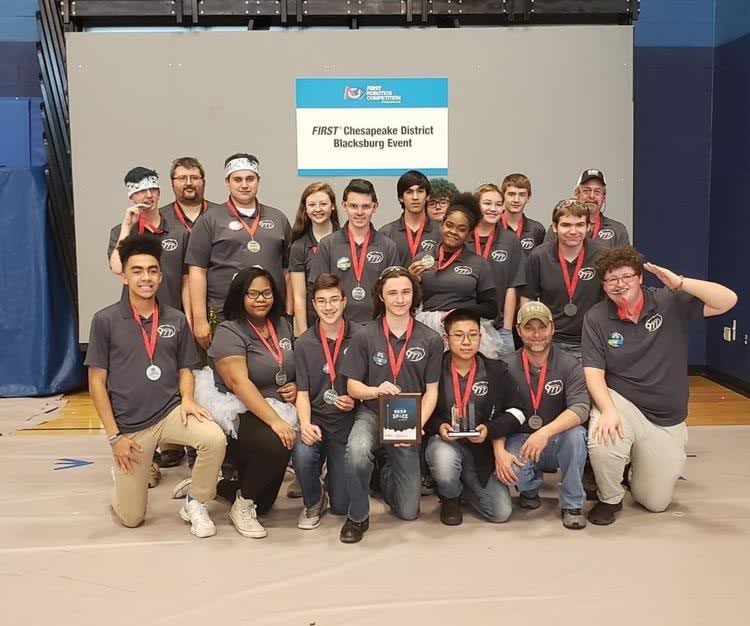 Continuing on in their success, the Halifax County High School robotics team Cometbots brought home second place in the week 5 FIRST Chesapeake District Event held over the weekend in Blacksburg.

The Comebots made it to the finals round where they competed against the fourth seeded alliance.

After losing the first match and winning the second, they ended up losing the tiebreaker landing them in second place.

They are currently ranked 30th out of 129 teams in the district.

At the beginning of the weekend’s district event, their qualification record was 7 to 5, and they ranked 12th overall out of 34 teams.

They then became the first pick for the number four-seeded alliance with Team 384 Sparky from Henrico and Team 3455 Robot Revolution from Alexandria.

In the quarterfinal round, they beat out the number five seed alliance in two matches.

They also won both matches in the semifinals against the number eight seed alliance.

Next up, the team will compete in the FIRST Chesapeake District Championship Event in Fairfax at George Mason University on April 10-13.

Top performers at the district event will go on to compete at the FIRST World Championship presented by Qualcomm in Detroit, Michigan, on April 24-27.

A live feed sponsored by Northrop Grumman will be available online the days of the event.

Find more information as well as the live feed, by visiting www.firstchesapeake.org.

The Southern Virginia Higher Education Center (SVHEC) and its partners in the Go-TEC (Great Opportunities in Technology and Engineering Careers) collaborative have been awarded a $648,000 state grant to prepare local students for high-growth careers in information technology, advanced manufacturing and related fields.

“This is regional collaboration at its very best,” said Dr. Betty H. Adams, SVHEC executive director. “The Go-TEC project leverages existing technical programs of excellence across the region while reaching into middle schools to inspire and motivate local students into high-demand career pathways.”