The Southern Virginia Higher Education Center was awarded a $500,000 tobacco grant on Thursday to expand its IT Academy, with the expectation of nearly tripling the pool of graduates who come out of the program ready to fill information technology positions in the area.

The grant by the Tobacco Region Revitalization Commission will pay for new instructors, four new courses, and a physical expansion to double the size of the IT Academy training area.

“We hope to begin hiring instructors in the fall and start class in the spring,” said Brenda Terry, chief financial and operations officer of the SVHEC.

The expansion aims to meet the increased demand for skilled workers by local businesses, particularly Microsoft, which operates a massive cloud computing complex in Mecklenburg County. Microsoft has committed about $200,000 to the project, and has made other, prior contributions — donating old equipment, providing scholarships for students, and even setting up a program whereby its data center employees can volunteer at the IT Academy.

“We appreciate the continued support of the Tobacco Commission and Microsoft,” said Kelly Shotwell, who serves as the program coordinator and as a trainer at the IT Academy.

The bulk of the Tobacco Commission funding will go towards hiring and paying for three full-time staff positions, easing the burden from Shotwell, who is the only full-time employee tasked to the program. She hopes to hire two instructors and a lab technician to help set up the hands-on labs that the students must complete to earn their certifications.

With the staff expansion, the IT Academy will be able to offer two new courses in spring 2020, and two more courses later.

The first two courses to be introduced will be CompTIA IT Fundamentals+ and Linux+. IT Fundamentals+ is an introductory course designed to introduce students to information technology fields, while Linux+ will teach students about maintaining systems that run the Linux operating system, an open-source, enterprise-level computer programming language.

“Most servers run a Linux operating system,” said Shotwell, explaining the importance of the curriculum add-on.

Future offerings will delve into the specifics of cloud computing, which refers to the storage of data online at remote locations such as the Microsoft Boydton complex. “Everything’s going to be on the cloud,” said Shotwell. “That’s a technology that is wide open and has a lot of jobs. That’s all a data center is. You put something on the cloud and it goes to a data center.

One future offering is PenTest+ — the course that Shotwell is most excited about. This advanced cybersecurity program trains students on how to run so-called “penetration tests,” essentially attacks on a network to find its weakest places and fix them. It would be, essentially, a course in how to hack into computers and patch the holes.

PenTest+ would put the IT Academy halfway towards Shotwell’s longterm goal of creating a full cybersecurity currculum track.

“I’d like to complete the whole cybersecurity pathway, but that’s way down the road,” she said.

Along with providing more courses, the $500,000 tobacco grant and $200,000 donation by Microsoft will pay for doubling the upstairs physical space where the IT Academy is located. The program will expand into an unused portion of the SVHEC facility, after renovations are completed.

The Tobacco Commission grant was awarded with an expectation that the project will be completed in three years.

In fiscal year 2019, the IT Academy had 79 students, but by the end of three years it is expected to expand to 230 students. 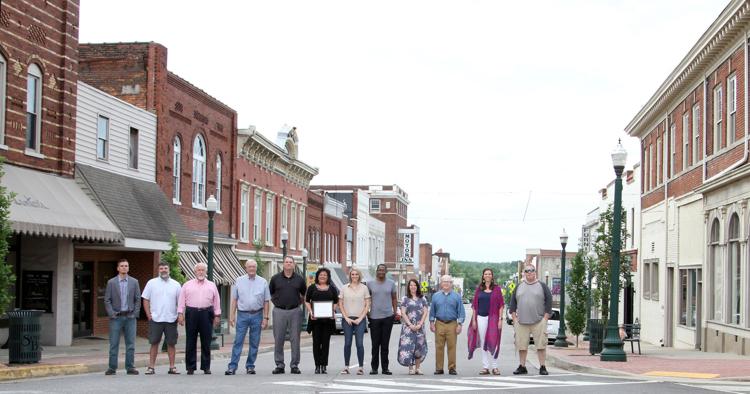